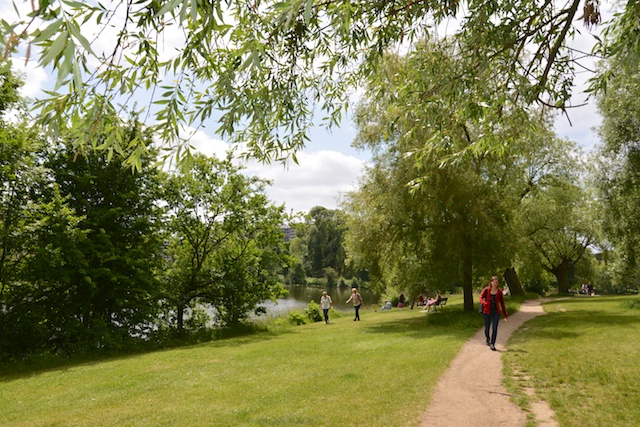 Last week I was fortunate enough to be invited to join medical herbalist Katharine Locke of The Herbal Human on a “herb walk” on Hampstead Heath.. In just one hour of strolling through the Heath, Katharine was able to show me dozens of therapeutic herbs growing in the wild. She briefly explained the use of each herb and described how herbal medicine in general can contribute to health and well-being.

I had not realized that elder grew so plentifully in my own local park, and that its uses went far beyond the refreshing elderflower drinks I enjoy from time to time.

Katharine explained that a herbalist might use the flowers to make a tea for an intestinal or respiratory remedy, or a salve for skin problems such as eczema.

She pointed out horse chestnut, used in remedies for varicose veins and piles. 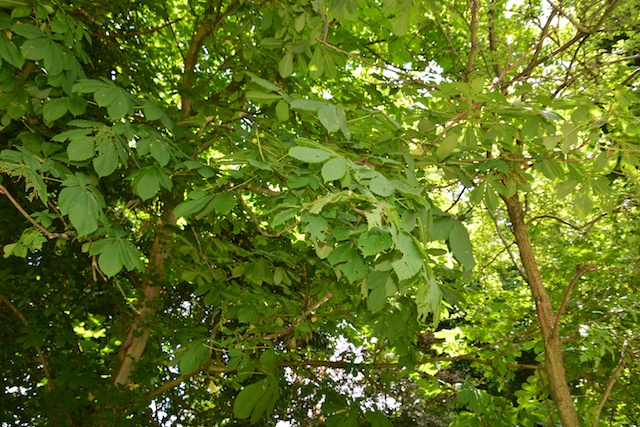 Hawthorn can be used in herbal remedies for heart conditions, including as a remedy taken alongside mainstream pharmaceutical heart medication. 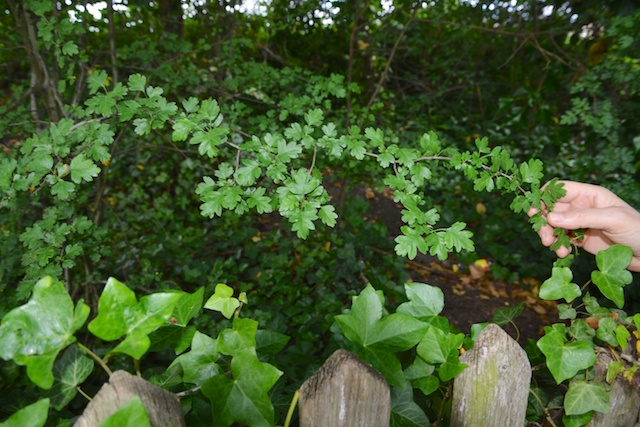 Oak was a popular remedy to heal wounds in the past but has gone out of fashion more recently. 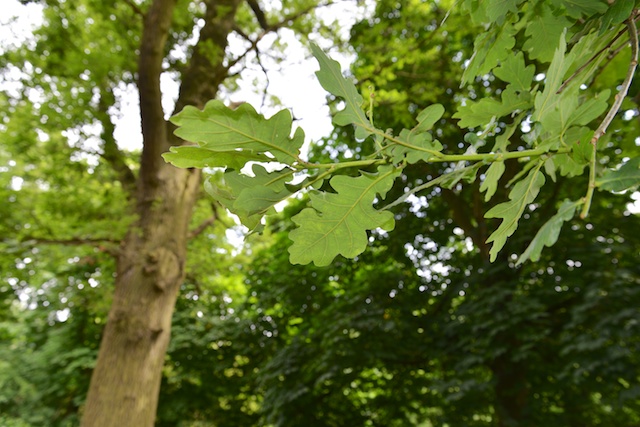 Red clover (more difficult to find than the white clover pictured below) is frequently used in remedies for women’s health thanks to its phytoestrogen content.

Dandelion is popular with foragers and herbalists alike. Herbalists appreciate its diuretic content, using dandelion leaf for kidney issues, the root for liver issues and the seeds in remedies for chronic kidney failure.

Katharine was excited to find comfrey on the Heath. She uses comfrey in remedies for broken bones and sprains, but also as a liquid plant feed to encourage fruit growth.

Nettles can also be used as a liquid plant feed in the same way. It encourages leaf grown rather than fruit growth. This is because nettles are high in nitrogen while comfrey is high in potassium.

We looked out for edible plants on the Heath as well. We spotted some hogweed, which I have never tried but am told the stem can be eaten.

I had hoped to come across some ramsons but we were out of luck. The season for ramsons is quite short, only a window of about one month from April. Katharine thought we might still find some evidence of recent ramson plants where they often grow on the Heath, but we did not find any. Katharine knows another spot on Hampstead Heath where ramsons grow, so we’ll try that next spring.

View all posts by Jenny